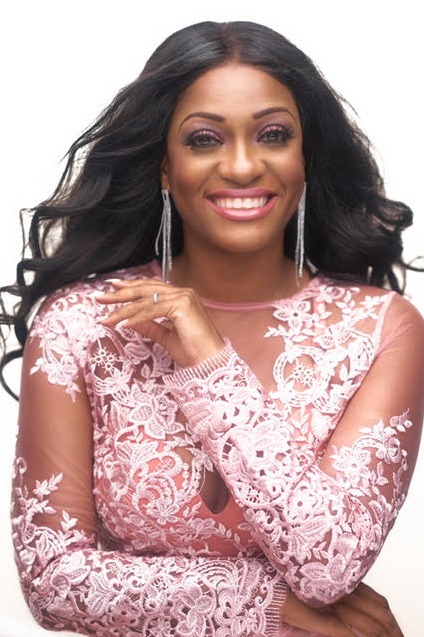 Marjorie Vail is a native of Brooklyn, NY., born to Haitian parents. She is a die hard Brooklynite and New Yorker. Marjorie is a Literacy Coach as well as a licensed Esthetician.

In high school, Marjorie was knee deep in school spirit. She was the Mayor of her high school (equivalent of Student Body President), played varsity basketball and softball. She was amongst the leaders in steals in her basketball division, while also making the newspaper several times for scoring. She ultimately was offered a basketball scholarship to play for SUNY Buffalo State which she declined due to her mother’s ailing health.

Marjorie received a Bachelor’s degree from Hunter College in English Language Arts. While she was at Hunter college, she met her college sweetheart, Roman Vail. Two years after receiving her Bachelor’s degree Roman and Marjorie got married in NYC and made a life together. It was during the first few years of their marriage that Marjorie began her teaching at an exclusive private school in New York City as an assistant teacher. At this school, Marjorie’s pedagogy grew stronger under the mentorship and guidance of some great teachers.

In 2004, Marjorie and Roman were preparing for one of the most exciting times of a couples’ lives—becoming parents. Sadly, during the delivery of their child, the unspeakable happened… Marjorie and Roman’s son, Aleksei was born still.

This tragedy… so unexpected, rocked their worlds. With a lack of resource and support, Marjorie fell into a deep depression. Especially after all of her friends who were pregnant at the same time as her all delivered their babies. Then one day, while Marjorie was watching the news, she saw a news segment about New York Cares. New York Cares is one of the largest volunteer networks in New York City. They offer thousands of volunteer opportunities with not-for-profit and schools in all five boroughs. Something clicked for Marjorie and Roman, they attended a volunteer orientation. Marjorie began to volunteer tirelessly. She realized, the more she volunteered, the more joy and peace she felt. Not that volunteering made her forget her tragedy, but volunteering gave her purpose and joy knowing she was helping someone else. Since then, Marjorie has devoted her time to volunteering. Her faith kept her hopeful but servitude gave her life again.

After teaching for several years, Marjorie was accepted to one of her dream schools, New York University and their accelerated master’s program. When she was about to embark to graduate school, Marjorie and Roman found out they were expecting again. Marjorie decided that she would go on with her studies. She started balancing graduate school while pregnant and received her degree by the time her son Amaelian was nine months old. This was a poignant time in Marjorie’s life because it taught her several things about herself. Marjorie learned that she was brave—brave to have another baby

after her first loss, she is resilient—it was not easy writing papers when you have a human being moving around in your belly and screaming to be fed. Lastly, women are amazing–she’s amazing! We’re scholars, incubators of humans, and rocking wives!

Giving birth to Amaelian did not stop Marjorie’s community service. As a Haitian-American, when hearing of the devastating earthquake in Haiti had occurred, it was an easy decision for Marjorie to return to do missionary work in Haiti. Yet, she yearned to do more. Educate Haiti Now’s annual Teacher Summer Institute is held in Haiti with much success, making it a great platform for Marjorie. As an educator, this was a huge attraction in Marjorie’s decision to volunteer for EHN. Being the recipient of the Woman of Excellence Award as well as a Citation from the Borough of Brooklyn for her community service has fueled Marjorie to keep up her work in service.

After years of searching, Marjorie finally found an organization that is devoted to supporting families who have suffered a stillbirth—Star Legacy Foundation. Star Legacy Foundation is dedicated to increasing awareness, supporting research, promoting education, and encouraging advocacy and family support regarding stillbirth, pregnancy loss, and neonatal death. Marjorie is determined to give to families in a way she never received.

Pageantry was a life-long dream of Marjorie’s which she thought had escaped her, having been married so young; however — after years of research, she was able to find the Mrs. New York America pageant, which also heavily leaned on community service. This was a win-win; combining community service and pageantry. She grew from her first participation in the Mrs. New York America pageant, not having won but learning so much and meeting so many fabulous women. Marjorie competed again this year and was crowned the first ever Mrs. New York American, a new division in the Mrs. America organization. She looks forward to going to Las Vegas, NV this fall to compete with 50 other women across our nation to be the first ever Mrs. American. The winner will have a chance to compete for the Mrs. World title in Sri Lanka. Marjorie is excited to raise awareness of her platform and for the experience.

In her free time, Marjorie loves to dance; she’s a self-proclaimed dance-a-holic. Marjorie enjoys traveling with her family and friends–especially to Europe. She enjoys getting all dolled up and brunching with her girlfriends. Marjorie loves to read and is a life-long learner having earned two Master’s degrees and about to earn her third. Marjorie is also a public speaker and is currently the Vice President of Education for L.AC.E. Toastmasters. She has been invited to speak at several events as a motivational speaker, inspiring others to push past their adversities to reach their greater selves. Marjorie is enamored with the Victorian era—enjoying all things from that era, especially afternoon tea. Mostly, she loves to spend time with her boys– husband Roman of 18 years and her 14 year old son Amaelian.

Marjorie is looking forward to next year’s Mrs. New York America pageant on May 21-23 at the RIT Inn & Conference Center, Rochester, NY.