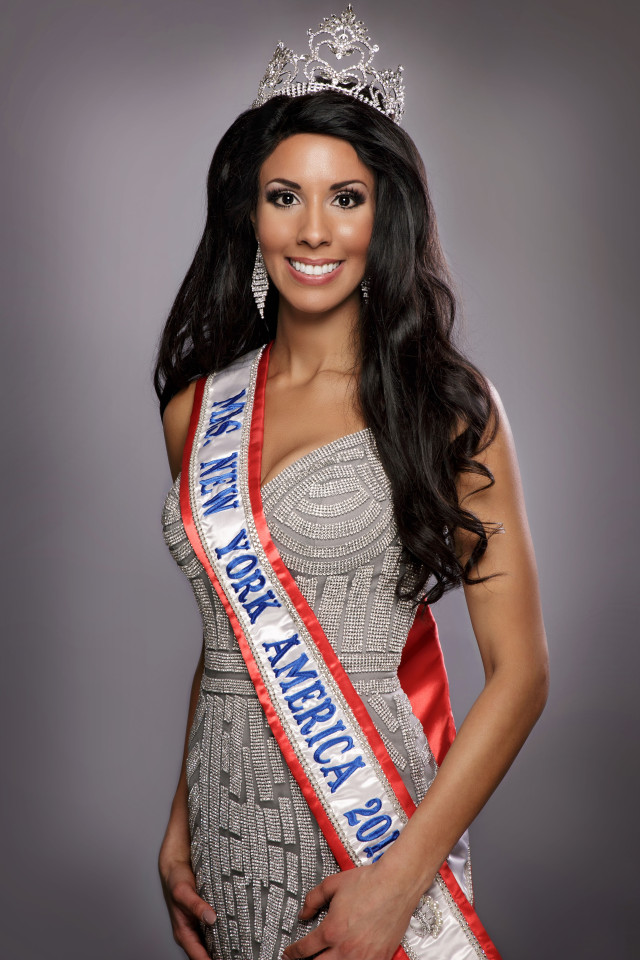 With a résumé like this, she’s The Woman Who Never Sleeps. Mrs. New York Patti Gomez-MichalkowLaura Marino

The newly crowned Mrs. New York is an Army National Guard veteran, a senior marketing manager for a finance firm, an aspiring Harvard master’s candidate, a frequent volunteer, a dog owner, a wife — and a city native who will now vie for the title of Mrs. America.

“I don’t sleep,” joked Patti Gomez-Michalkow to The Post, fresh off her Sunday triumph representing her current home, Syracuse, in the statewide pageant for married women.

That wasn’t all Gomez-Michalkow learned in her stint in the NYSANG’s 42nd Infantry Division as a human intelligence collector, parts of which she said are “classified.”

“There’s no talent portion of the competition since we’re a Mrs. category, but we did talk about special talents. Mine is shooting 300-meter targets,” she cracked, adding that she can also bang out 38 push-ups in two minutes to meet the standard Army fitness test.

Her contract with the Guard ran out just a few days before she took the crown, but Gomez-Michalkow is still keeping busy. The dynamo works full-time as a senior marketing manager for M&D Financial, and regularly volunteers with a number of veterans charities. Her schedule is so demanding that she’s had to put her pursuit of a Harvard master’s degree in international relations on hold for the time being. Among the veterans organizations she works with is Homes for Our Troops, which builds specially customized, mortgage-free houses for seriously disabled veterans of the Iraq and Afghanistan conflicts.

She’s currently trying to raise $5,000 for the program, which would specifically benefit veterans in New York state. A female colleague at the charity suggested she get involved in the pageant to help raise funds for the cause.

“’You’re pretty, you should compete in a pageant. Imagine how much money you’ll raise,’” Gomez-Michalkow recalled the woman saying. “And that’s when the light bulb really went off.”

“In some ways, basic training was easier because you weren’t being judged on stage in a swimsuit,” joked Gomez-Michalkow.

Though the Syracuse stunner now lives upstate for work, she grew up in the Bronx and on the Upper West Side. Her decision to join the National Guard was spurred by a powerful childhood memory of 9/11, when she was a 12-year-old starting her first day at a new school.

Her father had just picked her up when “All you could see was black smoke in the distance. Everything was a bit eerie. I guess maybe I was freaking out a little bit, because a National Guard soldier came up to me and said, ‘Hey, it’s gonna be OK.’”

“For some reason, that really stuck with me,” she said. “I really do believe that had an impact on my decision to enlist, about a decade later.”

She’s still a city girl at heart; her loves include the perennially struggling Jets, Knicks and Mets — “I’m always rooting for the underdog,” she says — and neutral colors.

“I like black [pageant wear]. I’m very much a New York City girl,” she told The Post. “[But] you can’t really wear that on stage.”

Gomez-Michalkow will compete for the title of Mrs. America in Las Vegas this August. If she wins, she could hope to follow in the footsteps of 2017’s Mrs. New York, Alice Lee Giannetta, who is the reigning Mrs. World.

“I mean, do I think it’s going to happen?” she mused of winning the national crown. “I’m gonna give it my best shot.”

Patti is the Talk of the Town!